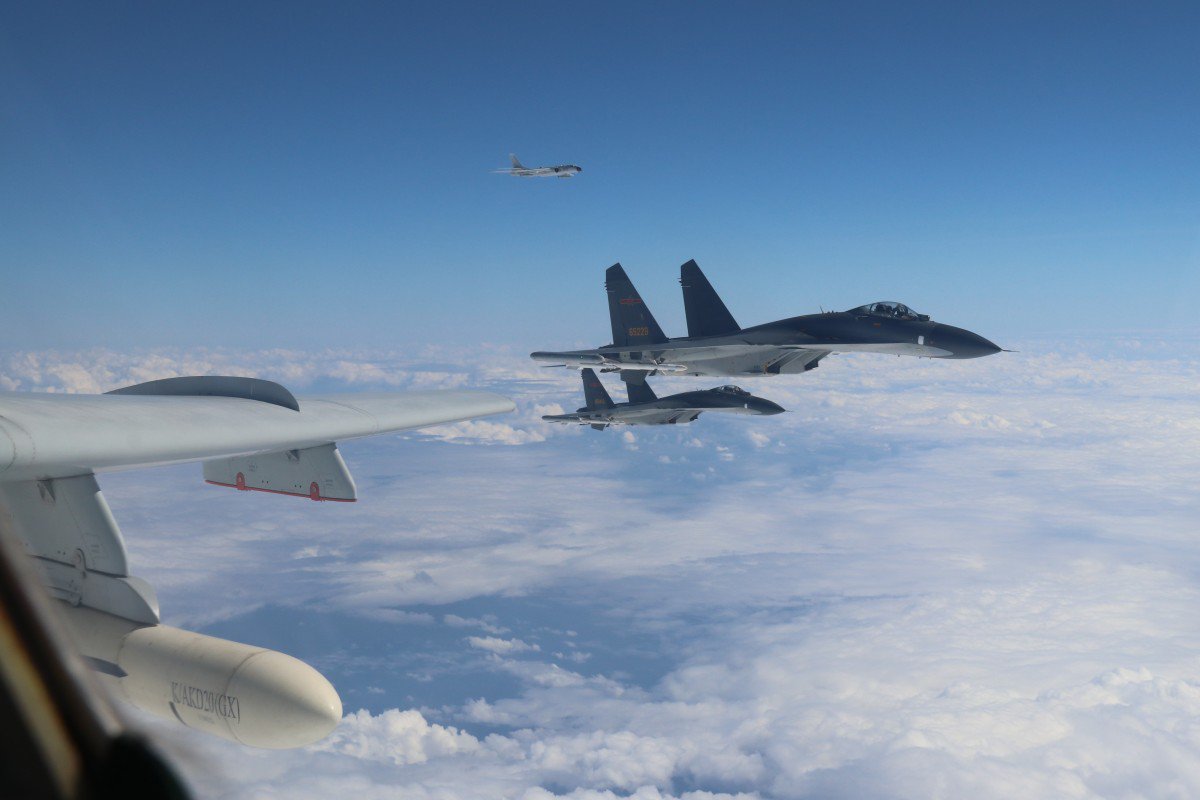 PLA warplanes pictured during an “island encirclement” drill, one of the ways in which mainland China has tried to step up the pressure on Beijing. Photo: Xinhua

Taiwan and the US will hold talks later this year as part of upgraded efforts to counter Beijing’s growing pressure on the island for unification.

The talks planned for September in Taipei will include a senior official from Washington, William Brent Christensen, the de facto US ambassador to Taipei, said on Tuesday.
Christensen did not say whether the consultations were meant to provoke mainland China or push it to make changes. The US has formal diplomatic relations with Beijing but maintains strong ties with Taipei though the American Institute in Taiwan, its de facto embassy, which has recently undergone a major upgrade in facilities.