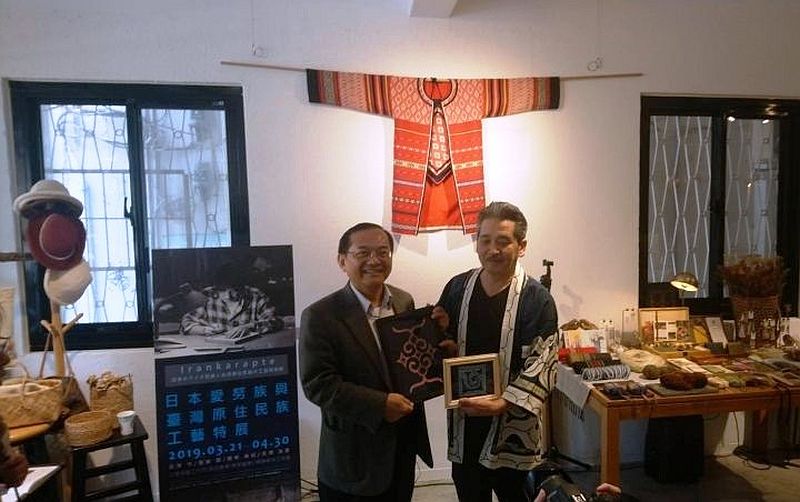 Co-organized by the Cabinet-level Council of Indigenous Peoples, the show runs through April 30 at the Hbun Indigenous Lifestyle gallery and store in the city’s Tamsui District. It features items by artisans from Taiwan’s Atayal, Paiwan and Tao tribes and Japan’s Ainu indigenous people, such as boats, clothes and knives.

According to CIP Deputy Minister Calivat Gadu, handicrafts represent a shared language for promoting cross-cultural communication between Taiwan’s and Japan’s indigenous communities. The theme of this year’s show, Life Wisdom of Mother Nature, also spotlights the shared belief in respect for the environment among tribes on both sides, he added.

Mamoru Kaizawa, head of the Ainu association in Nibutani district of Hokkaido’s Biratori town, expressed his gratitude to the CIP for staging the exhibition. The event has helped deepen people-to-people connections between indigenous artisans in Taiwan and Japan, he said.    [FULL  STORY]