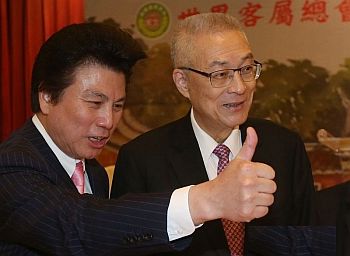 the Kuomintang (KMT) party who is doing business in China, announced on Tuesday (Nov. 19) that he is dropping out of the party’s nomination process for legislator-at-large seats.

The process has drawn tremendous backlash both from within the party and the public, as a number of controversial figures managed to remain on the list of 34 non-divisional legislative candidates proposed by the opposition party in a meeting on Nov. 16, even after the list was adjusted.

Answering calls by party member Lee Ming-hsien (李明賢), a Taipei City councilor, who said that those who received more “against” than “for” votes should voluntarily opt out of the lineup, Fang issued a statement saying he will not serve as a candidate, reported UDN.    [FULL  STORY]