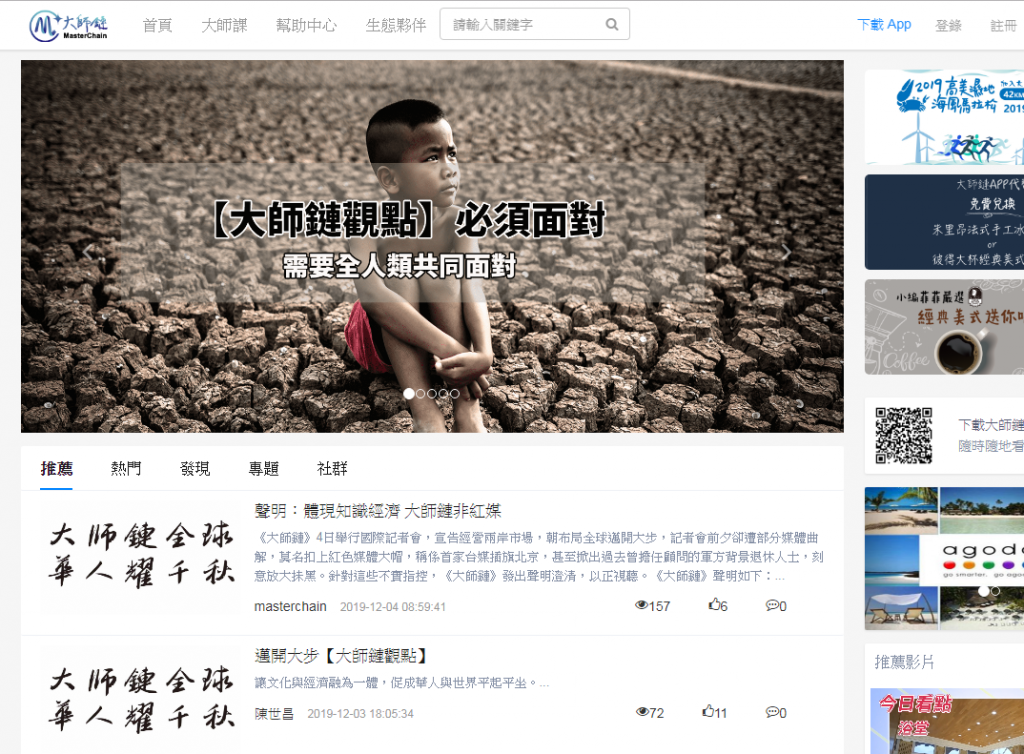 TAIPEI (Taiwan News) — Taiwan media outlet Master Chain stands accused of producing communist-friendly content and being a Beijing lackey after announcing it would open an office in Beijing.

Given the strict state control of the media in China, it is the first time a Taiwan media outlet has been approved of. Master Chain was swiftly accused by local media of being pro-China, China funded and backed by China-friendly Taiwanese political heavyweights.

Meanwhile, some of the content on the website appears to promote China's Belt and Road Initiative and whitewash communist infiltration in commentary pieces such as: "McCarthyism Returns," "KMT's presidential hopeful Han Kuo-yu denounces Chinese spy story a conspiracy," "Taiwanese businessmen in China return home with NT$700 billion? Not true."

Master Chain issued a letter denying its pro-China stance and the "special treatment" it received to be allowed in China. It said it's not a "traditional news agency" but an "online platform utilizing blockchain technology to create high-quality content to serve Mandarin-speaking elites" — citing this as the reason it was given the green light to operate in Beijing.    [FULL  STORY]