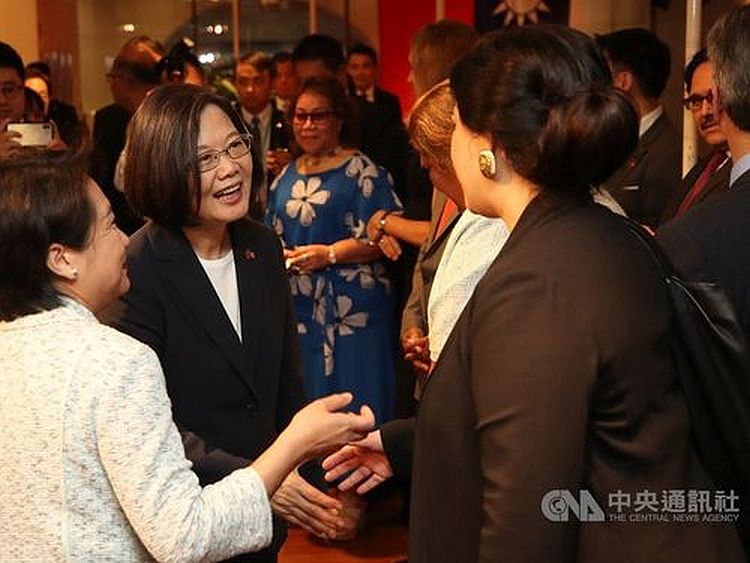 New York, July 11 (CNA) President Tsai Ing-wen (蔡英文) met with several representatives to the United Nations on Thursday in New York, after protests against her visit outside the hotel where she was staying turned violent.

During a reception at the Taipei Economic and Cultural Office (TECO) in New York, Tsai addressed the representatives to the U.N. from countries that are Taiwan's allies, saying she hoped the allies would continue to support Taiwan's efforts to gain access to the U.N.

"The 23 million people in Taiwan have the right to participate in international affairs," Tsai said. "Their participation should not be prevented based on political interference."

"Taiwan will not give in to intimidation," she said, referring to China's efforts to suppress Taiwan, which it sees as part of its territory.    [FULL  STORY]