Taiwan’s Chou Tien-chen yesterday failed to defend his championship title at the Korea Open, losing to 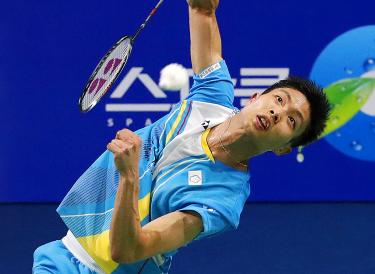 world No. 1 Kento Momota of Japan in the men’s singles final.

Momota took an early 11-6 lead, but even though Chou rallied back to tie the score three times, Momota ended up clinching the first game by two.

The score remained tight in the second game, with Chou managing to close the gap to 17-19 before Momota won the match.

The loss marks Chou’s sixth consecutive defeat to Momota. Chou has only won twice in 12 career matchups against the Japanese shuttler.    [FULL  STORY]