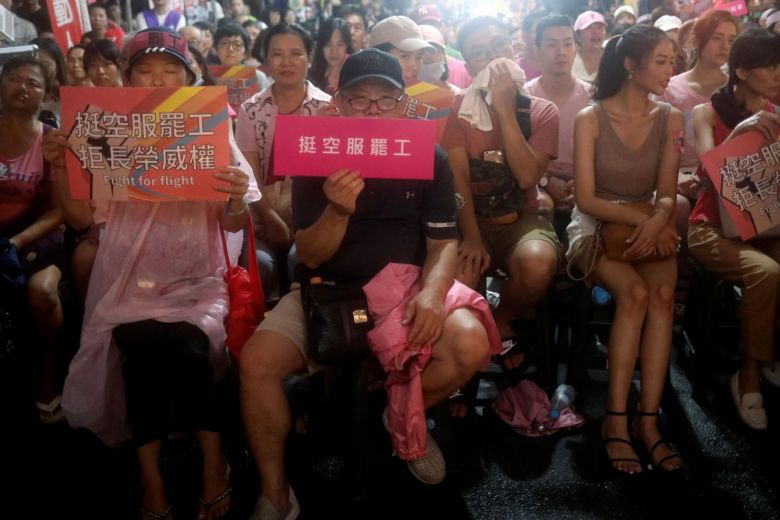 Eva Air flight attendants and their families participate in an event to gather support for the strike over work conditions in Taiwan on July 2, 2019. PHOTO: REUTERS

TAIPEI (DPA) – Striking flight attendants at Taiwan's second-largest airline Eva Air reached an agreement with management late on Saturday (July 6) and announced that the strike would end on Tuesday.

The agreement was signed, with both the Ministry of Labour and Taoyuan city government, where Taiwan's international airport is located, as witnesses.

According to the Taoyuan Flight Attendants Union, the strike will end on Tuesday at midnight. No other details were available.