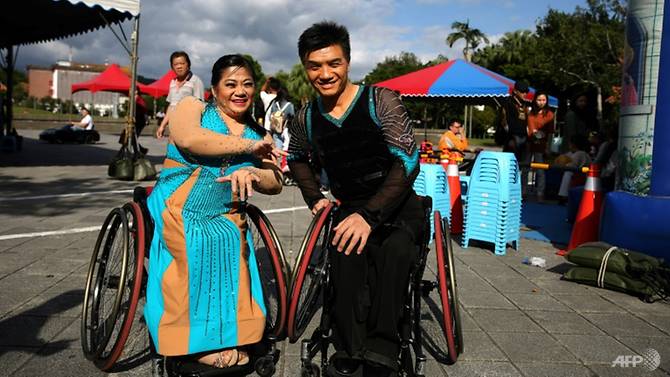 TAIPEI: Taiwanese athletes Vincent Kuo and Ivy Huang each discovered an electric talent for wheelchair dancing on their own – but it was when they were paired up together that the sparks really flew.

Part of the island's last generation of polio survivors, they have spent years perfecting their dance routines.

Currently ranked world number two, the recently-married couple are in Germany this weekend to compete in the World Para Dance Sport Championship.

"I have always been interested in sports even if I can't play them because of my disabilities," Kuo told AFP during a break from practicing Latin dance moves with his wife in New Taipei City.
[FULL  STORY]