ROW: A probe would determine if the rights of shareholders who were not allowed to vote yesterday had been violated, while the stock exchange also wants answers 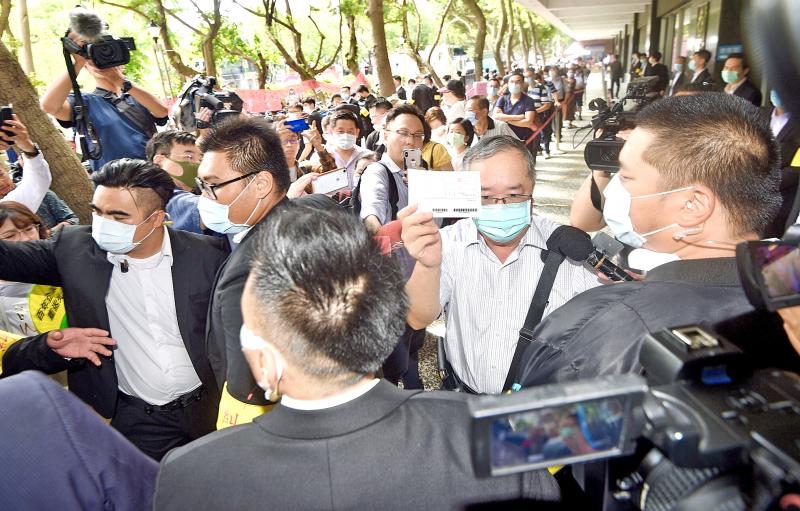 Shareholders of Tatung Co line up to enter the venue of the company&rsquo;s annual general meeting in Taipei yesterday, while dozens of shareholders barred from the meeting protest outside the venue.
Photo: Peter Lo, Taipei Times

The election of board directors yesterday at Tatung Co (大同) sparked controversy after the company blocked some institutional and individual shareholders from participating in the general shareholders’ meeting, prompting the Financial Supervisory Commission (FSC) to announce that the vote would be investigated.

Lin Kuo Wen-yen (林郭文艷) was re-elected as chairwoman of the household-appliance maker’s nine-member board, but prior to the vote she announced that several shareholders would not have voting rights.

They were being denied a vote because they had contravened the Business Mergers and Acquisitions Act (企業併購法), and the Act Governing Relations Between the People of the Taiwan Area and the Mainland Area (兩岸人民關係條例), Lin Kuo said.

The company had previously alleged that some investors have received financial backing from Chinese investors.    [FULL  STORY]