The upstart TPP secured five legislative seats, a major win for a party formed only five months ago by a mayor with presidential ambitions. 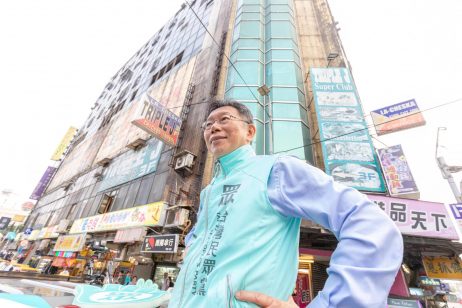 Taiwan President Tsai Ing-wen notched a landslide victory over challenger Han Kuo-yu in the country’s elections on Saturday. But she wasn’t the night’s only big winner.

Months after Ko opted not to run for president after long hinting at an independent bid, his party is now Taiwan’s third largest, eclipsing the youth-oriented New Power Party (NPP) and other better-established parties like James Soong’s People’s First Party (PFP).

Ko has cast his TPP as an alternative to Tsai’s Democratic Progressive Party (DPP) and Han’s Kuomintang (KMT), along with smaller Pan-Green (DPP-affiliated) and Pan-Blue (KMT-affiliated) parties. To drive the idea home, the party’s color is a pale hue somewhere between turquoise and aqua – officially, it’s “blue-green.” (Ko had toyed with naming his party the “White Force,” which, in Chinese, sounds similar to the NPP and does not carry troubling connotations.)

What the party stands for, however, is only beginning to take shape.    [FULL  STORY]