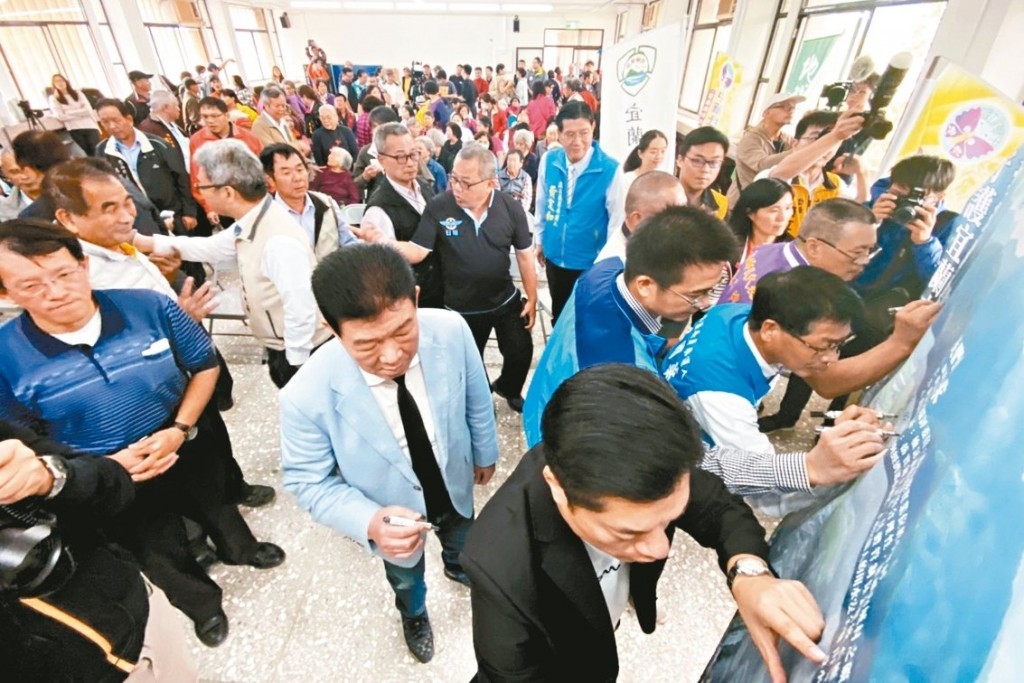 Representatives of the alliance said they hope 50,000 people will have joined them by the end of the month, with an ultimate target of 100,000. Aiming to attract the government’s attention to environmental protection, the alliance has put forward four demands, according to CNA.

Yongan Industrial (永侒實業公司) applied to begin mining silica rock (a raw material of glass) and kaolinite on Daan Lushan, just a couple of kilometers from Yilan's city center. The application has been strongly opposed by residents from across the political spectrum living within the city and in nearby Zhonghua Township, according to Liberty Times.

In order to push back against mine development and the associated destruction of woodland, the alliance initiated its collaborative effort, receiving the support of over 25,000 people in one month, according to UDN. Yongan Industrial has not commented on the grassroots resistance to its plans.
[FULL  STORY]