NO PLANES: While the deal includes Abrams tanks and missiles, the F-16V jets asked for in February were excluded. President Tsai thanked the US in a Facebook post

The US Department of State has approved the sale of US$2.22 billion in weapons to Taiwan that 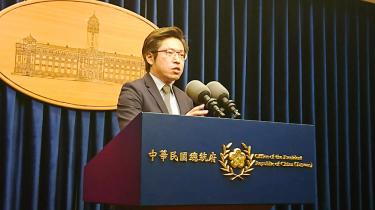 The Bureau of Political-Military Affairs announced the sales and the US Defense Security Cooperation Agency formally informed the US Congress of the approval on Monday.

President Tsai Ing-wen (蔡英文) thanked the US government in a Facebook post, saying the weaponry would strengthen Taiwan’s national defense capacity and deter potential military threats, as well as ensure peace in the Taiwan Strait and the wider region.

The US government has used the 40th anniversary of the Taiwan Relations Act (TRA) to take concrete actions that realize its commitment to Taiwan’s security, Tsai wrote.    [FULL  STORY]