RETHINKING POLICY: US Representative Steve Chabot’s proposal said that Beijing has ‘sought to assert its one China principle over any other position on Taiwan’s status’

US Representative Steve Chabot, co-chair of the Congressional Taiwan Caucus, on 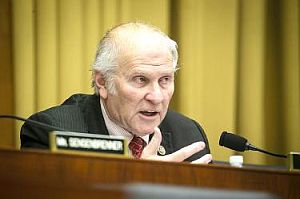 Thursday proposed a resolution asking the US government to counter Beijing’s “one China” principle.

In the resolution, Chabot said that the US’ “one China” policy is not equivalent to Beijing’s “one China” principle, as the former is based on the full implementation of the Taiwan Relations Act and the Three Joint Communiques it negotiated with Beijing, with a focus on peaceful resolution of Taiwan’s status.

“In the Three Joint Communiques, the United States only acknowledged, without endorsing, the PRC’s [People’s Republic of China] claim that there is but one China and Taiwan is part of China,” the resolution said.

“However, the PRC has actively sought to assert its one China principle over any other position on Taiwan’s status, including the US’ one China policy,” it said.
[FULL  STORY]