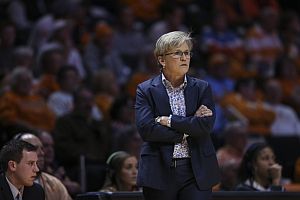 Jue, will visit Taiwan as sports envoys from July 16-22.

Warlick and Jue will take part in a variety of events in Taipei and Kaohsiung, including workshops, discussions, and basketball clinics, said the American Institute in Taiwan (AIT) via a press statement issued on Monday (July 15). The aim is to strengthen women’s leadership in sports, foster youth development, and empower women and girls, AIT added.

Warlick is a member of the U.S. Women’s Basketball Hall of Fame. She also played on the U.S. gold medal-winning team at the 1979 R. William Jones Cup in Taipei.

Since joining California's Chapman University as head coach in 2003, Jue has delivered victories for the Panthers in over 70 percent of the team’s games. Jue is the only Chinese-American head basketball coach, male or female, in the National Collegiate Athletic Association (NCAA).
[FULL  STORY]