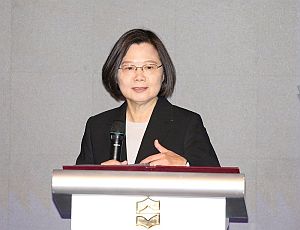 The US-China trade war has had a major impact on the world economy but Taiwan has had an optimistic year. President Tsai said that Taiwan has worked to develop a new economic structure, encourage innovation, and reduce reliance on production facilities in China. These changes have enabled Taiwan’s economy to be both resilient and responsive.

Tsai also cited the growth of foreign investment in Taiwan this year. She said many foreign companies are bullish on Taiwan due to Taiwan’s free and open society, intellectual property rights protection, strong talent and tech sector. Many global giants like Google, Microsoft and Amazon are planning larger investments in Taiwan and will bring in many high paying jobs.
[FULL  STORY]