Is Taiwan For Sale?

Taiwan holds a unique position in the realm of international law. Domestically, Taiwan possesses all 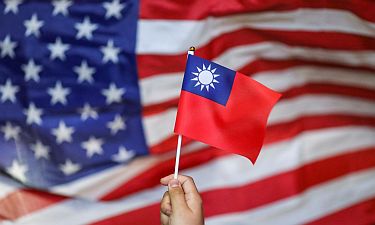 the qualities of a “normal country,” including citizenship, territorial jurisdiction, government, and “sovereignty.” Taiwan is sovereign by the international law definition — it’s an ultimate authority independent of other authorities in the world; however, Taiwan does not have a common recognition internationally.

According to Oppenheim’s International Law: A Treatise, recognition is a requirement for a country to become a member of the international family, and having the qualifications alone are not enough. By this definition, Taiwan is not a “normal” country like the majority of the existing nations.

But compared to other “non-normal” countries, Taiwan is incredibly close to being a regular country and with far more capabilities.

After the Soviet Union collapsed, four countries — South Ossetia, Abkhazia, Transnistria, and Artsakh — claimed independence and recognized one another’s sovereignty. These countries, however, barely have any diplomatic partners (Taiwan has at least maintained 15 allies to date). The passports issued by these four countries are also not recognized in most of the world, and their citizens mostly have dual-citizenship that granted them a valid passport from another country. Taiwan, in comparison, offers a passport that has visa-free access to over 150 countries.
[FULL  STORY]