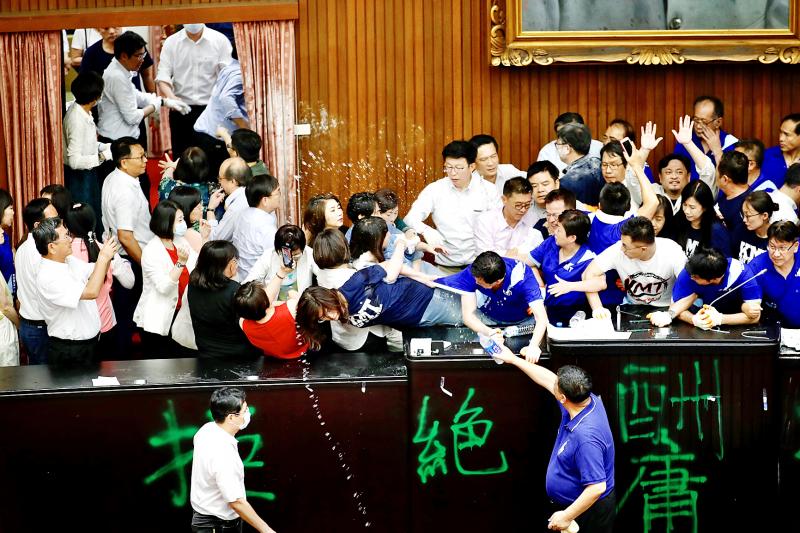 The Legislative Yuan is to vote on President Tsai Ing-wen’s (蔡英文) nominations for the Control Yuan on July 17 after Democratic Progressive Party (DPP) legislators regained access to the legislative chamber yesterday after it was occupied by Chinese Nationalist Party (KMT) lawmakers for about 19 hours.

The Legislative Yuan had been scheduled to meet yesterday morning to discuss its planned extraordinary session, but more than 20 KMT lawmakers on Sunday afternoon broke into the main chamber and occupied the legislative speaker’s podium to protest Tsai’s nomination of former Presidential Office secretary-general Chen Chu (陳菊) to be Control Yuan president.

The KMT caucus asked whether Chen was qualified, given that during her tenure as Kaohsiung mayor from 2006 to 2018, the Control Yuan launched 58 investigations into her team, including 30 cases of corrective measures and three impeachments.The KMT lawmakers blocked entry to the main chamber with chairs and chains, but their occupation ended at about 11:15am when DPP legislators broke the chains with bolt cutters.
[FULL STORY]