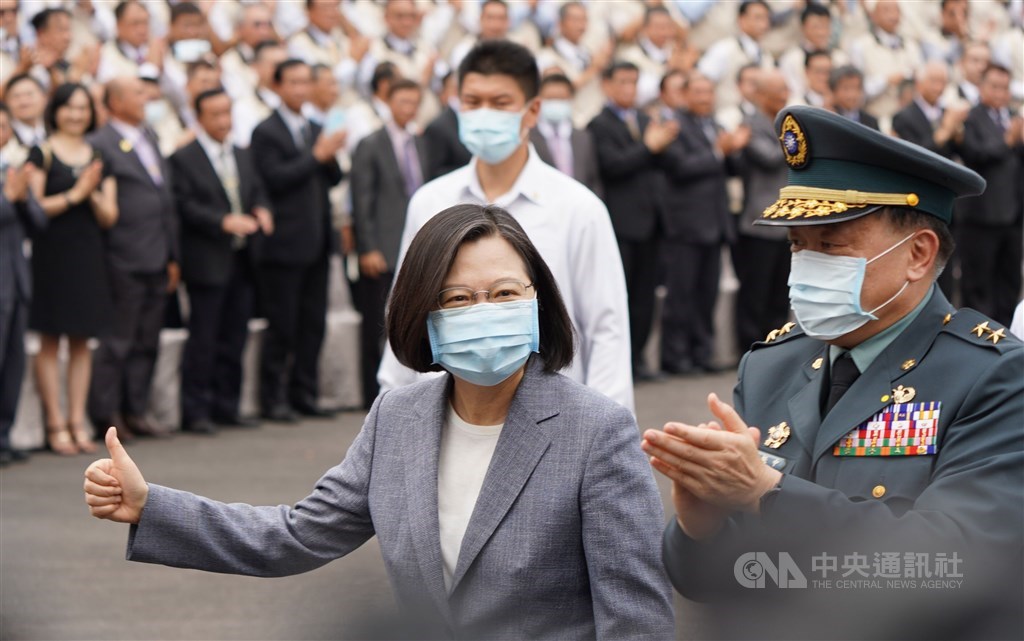 Tsai made the announcement during an award ceremony held at the Armed Forces Reserve Command to recognize military officers and reservists who made significant contributions in the fight against COVID-19, especially in the production of surgical face masks.

One measure involves building a reserve force that has similar combat capabilities to the regular Armed Forces by having them carry the same weapons and gear as full-time military members, Tsai said.

Other measures involve synchronizing the mobilization of manpower and strategic resources and establishing closer collaboration between the reserve force and different government departments and agencies, Tsai said.    [FULL  STORY]