The 14 illegal aliens will be repatriated 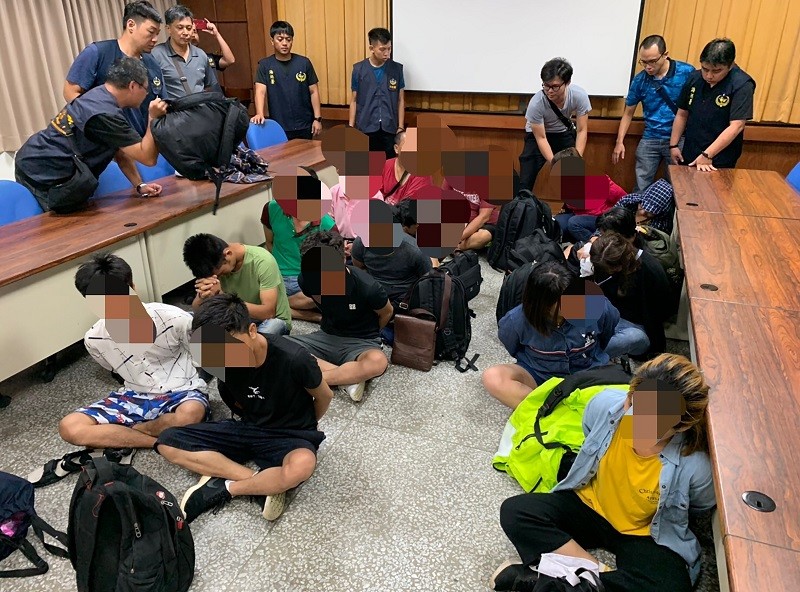 TAIPEI (Taiwan News) – Fourteen Vietnamese on a Taiwanese fishing boat trying to enter Taiwan illegally were intercepted by the country’s Coast Guard off the coast of the southwestern city of Tainan in the early hours of Saturday (July 13), Central News Agency (CNA) reported on Sunday.

The Coast Guard’s Pingtung Fleet Branch said that it obtained a tip a few days ago when it was working on an organized crime case that a human trafficking group in southern Taiwan would take advantage of the summer vacation, when the Coast Guard would be busy with maritime search and rescue operations, to smuggle Vietnamese to Taiwan to work illegally, CNA reported.

The Pingtung Fleet Branch reported the tip to the Pingtung District Prosecutors Office, and a task force consisting of the Coast Guard and Kaohsiung City Police Department’s Gangshan Precinct was formed to investigate the tip, according to the news outlet.

At 3:15 a.m. on Saturday, a vessel dispatched by the Coast Guard intercepted a suspicious fishing boat off the coast of Qiu Mao Park (秋茂園), a former coastal attraction in Tainan City, and found 14 smuggled Vietnamese consisting of eight men and six women, as well as three Taiwanese human traffickers on the boat, CNA reported.    [FULL  STORY]