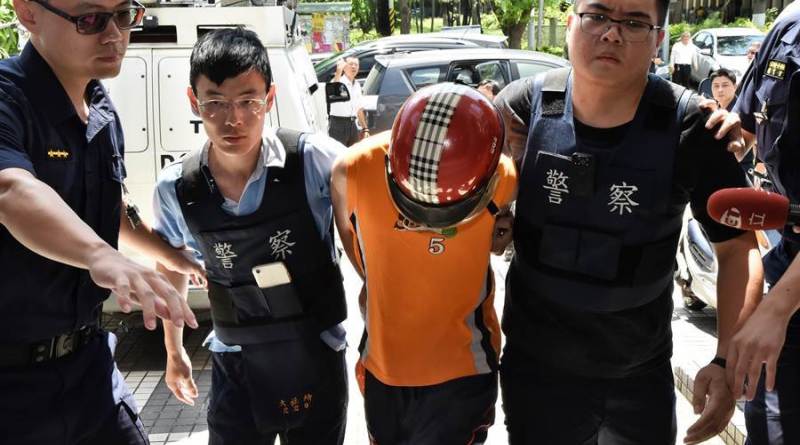 A man was arrested today, just 5 hours after a woman was stabbed to death in the parking lot of the Jinlong fruit and vegetable market in Kaohsiung City this morning, July 13.

A woman named Wang (王), 46, accompanied by her 20-year-old daughter, had just arrived at the market at around 8:10am, when her daughter’s boyfriend, a 21-year-old man named Han (韓), approached them and requested Wang’s daughter to leave with him.

Ms Wang refused to let her daughter leave, and Han pulled out a fruit knife.

Traffic monitor video footage showed Wang attempting to run away from the man before being stabbed in the left lower jaw and neck.    [FULL  STORY]