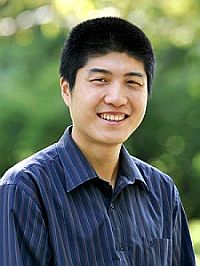 to Chinese language and culture instructors in Schwarzman College at Tsinghua University in Beijing, China, on July 10. He discussed how to use films as pedagogical material for cross-cultural education.

Earlier this year, Wang gave a series of talks in Taiwan. In June, he was invited by the Cross-Strait Cultural Communication Research Center in Taipei to discuss history of and interactions among Chinese-language film industries in mainland China, Taiwan, and Hong Kong.

In May, Wang was invited to speak in the cities of Kaohsiung and Taoyuan. At National Kaohsiung Normal University, he analyzed filmmaker Tsui Hark’s works in a talk, “The Legends and Demise of Liminal Heroes: Diasporic Nationalist Figures in Tsui Hark’s Films.” At Chungyuan Christian University, he analyzed the film King of Chess (1991) in a lecture, “Two Kings of Chess: the Film Adaptation of A Cheng’s King of Chess.” At National Central University, he discussed the film Crouching Tiger, Hidden Dragon(2000) in a talk titled “Crouching Tiger, Hidden Dragon: a Cross-Cultural Story of ‘Girl Power.’”    [FULL  STORY]