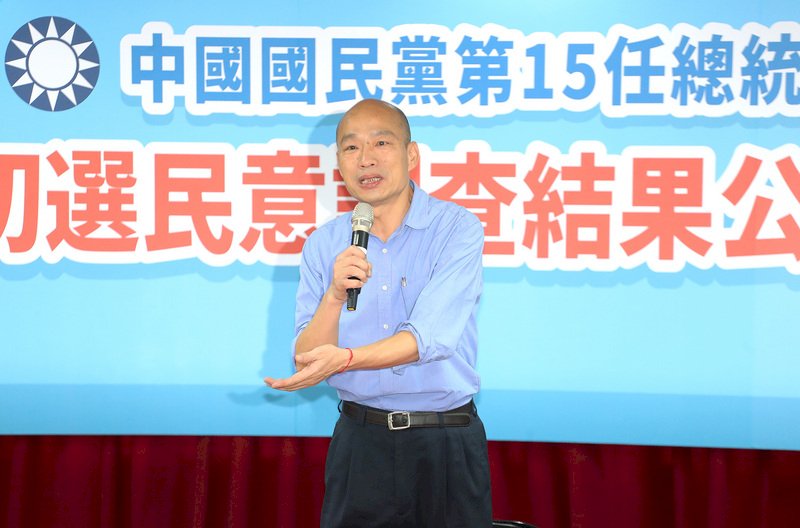 The opposition Kuomintang has selected their presidential candidate Kaohsiung Mayor Han Kuo-yu. Han spoke about his plan to unite the party and continue on as mayor during a press conference on Monday.

The KMT candidates and chair cheer for the party. National polls just selected the party’s presidential candidate, Mayor Han Kuo-yu, who rose to political stardom when he won the Kaohsiung mayoral election last November, winning a city that had been strongly supported by the Democratic Progressive Party.

At the press conference, Han said, "First, I want to thank all the good friends who supported Han Kuo-yu, and the general public for your. For those who have been critical, I hope that will come to an end."  Some 30,000 residents had signed a petition to recall him for neglecting his duties as mayor by running for president.