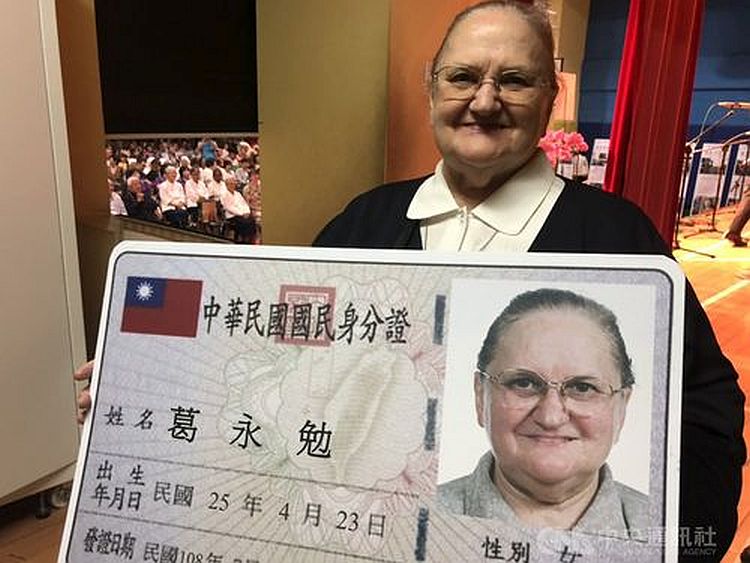 Taipei, July 13 (CNA) Catholic nun Maria Godelieva Claeys (葛永勉) from Belgium, who has devoted the majority of her life to taking care of premature newborns in Taiwan, officially became a Republic of China (Taiwan) citizen Saturday.

"This [Taiwan] is my home," the 83-year-old sister said after receiving her ROC identification card from officials of the Ministry of the Interior (MOI) and Taipei Department of Civil Affairs in recognition of her selfless contributions.

Sister Claeys of the Missionary Sisters of the Immaculate Heart of Mary (I.C.M.) has served in Taiwan for over half a century since 1963, when she helped look after premature newborns at the then-St. Joseph Hospital in Taipei's Wanhua District.

The hospital was established by a group of I.C.M. sisters from Belgium in the early 1960s, providing medical care and medication for disadvantaged mothers and children, and was once known as the hospital that admitted the highest number of premature newborns in Taiwan.    [FULL  STORY]