IN UNISON: The Taiwanese operator said that its Taiwan and China Web sites would be updated concurrently, meaning Taiwanese would see CCP-sanctioned adverts 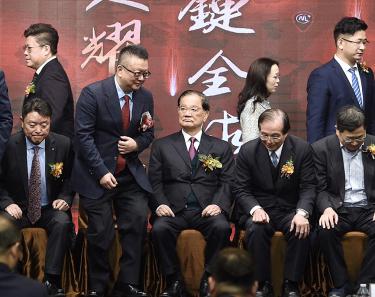 for recruiting former national security and intelligence officials, yesterday said that it is to become the first Taiwanese media company to operate in China.

The firm’s online content platform, Master Chain (大師鏈), which founder Chuang Li-ping (莊立平) in October last year said would use blockchain technology and present “opinions from all sides,” has received approval from the Chinese Communist Party (CCP) to start operations in Beijing in February, it told a news conference in Taipei.

The company would update its Taiwan and China Web sites concurrently, meaning that Taiwanese visitors would see CCP-sanctioned advertisements, it added.

Long Lien denied that it would receive funding from the CCP or help it disseminate propaganda, saying that advertisements would be nonpolitical and that it would only market goods like travel packages and food products.    [FULL  STORY]