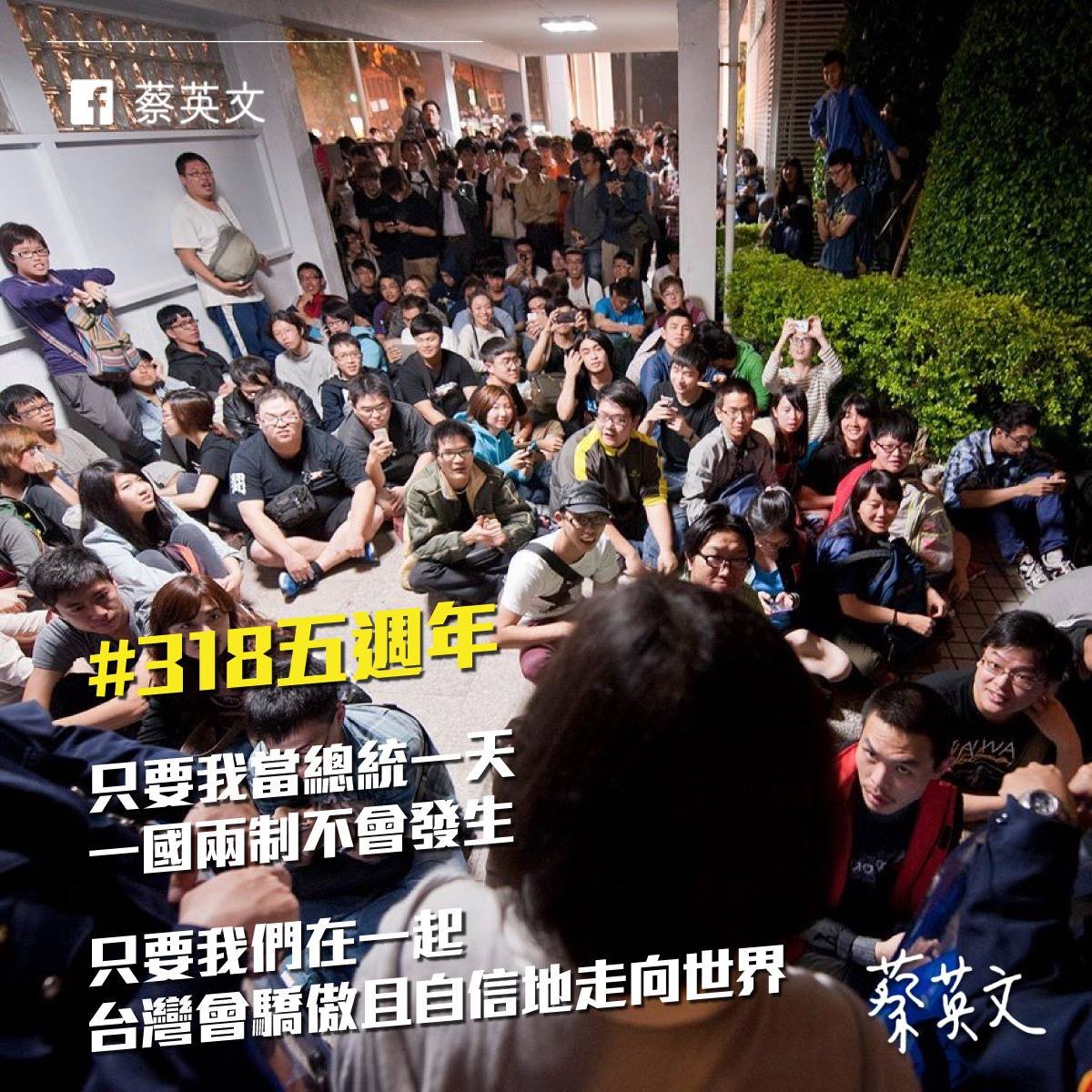 President Tsai Ing-wen says China’s attempts to annex Taiwan have not only remained unchanged but have grown even stronger over the past five years. Tsai made the statement Monday in a post on her Facebook page.

Tsai said despite China’s blatant attempt to impose the “one country, two systems” formula on Taiwan, that is not going to happen as long as she is in office.

Tsai called herself a president confident of safeguarding Taiwan’s democracy and sovereignty “without moving one step backward.” Tsai also said she will sign up for the ruling Democratic Progressive Party’s presidential primary later his week.

The president said Taiwan is on the right track, adding that her efforts to diversify the economy over the past few years have allowed the island to go global and to have a record number of tourist arrivals.    [FULL  STORY]