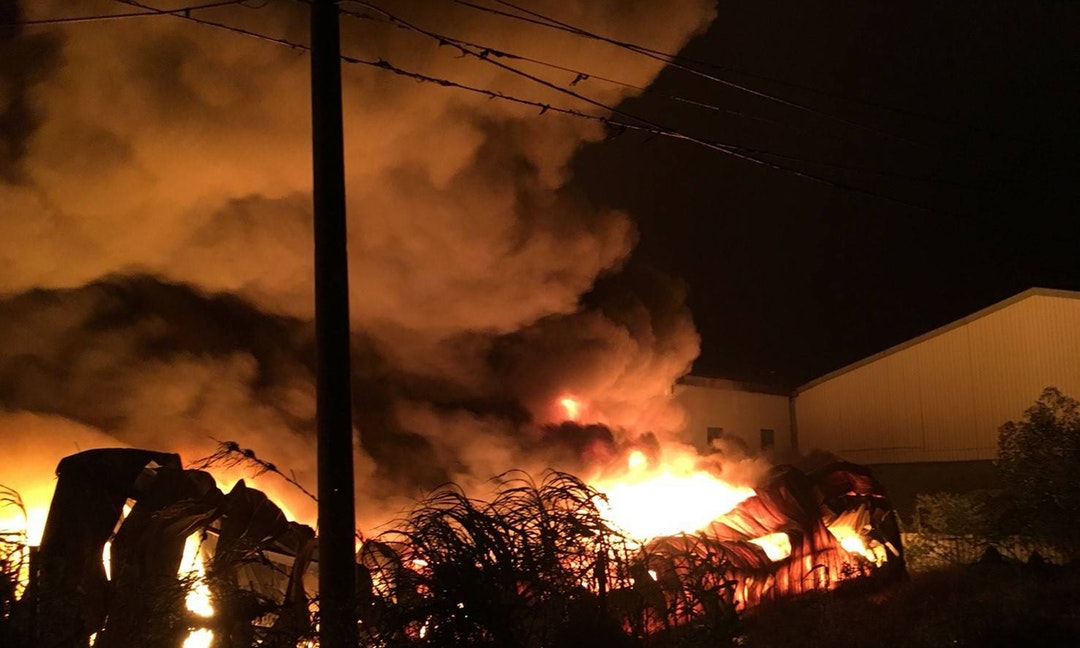 The blaze burned for eight hours, from 10 a.m. to 8 p.m., before the fire was contained. A total of six Vietnamese workers were present when the fire broke out, with three survivors and three deceased. Two were pulled out of the fire by firefighters, with one man later dying from burns and smoke inhalation. The six workers were contractors of a Taiwanese man surnamed Chen. Chen and his employees were working on maintenance for the facility when the fire broke out. According to reports, some of these workers may have been working in Taiwan illegally.

Public outrage after the Chin Poon fire called for better protection for firefighters, seeing as this was the largest loss of life for firefighters in Taiwan in 11 years. Calls also took place for factory dormitories to be relocated so that they are not directly adjacent to factories. Indeed, a workers’ dormitory was illegally located adjacent to the factory that burned down in the Chin Poon fire. As with the frequent blind eye turned to illegal structures in Taiwan, one wonders if the existence of the dorm was known previously by authorities, but there was no action. Public discussion also turned to how firefighters were ill-equipped to fight the fire because they did not know of where dangerous chemicals were located in the factory, or how such chemicals might have led to the fire breaking out.    [FULL  STORY]