After being arrested for hurling his wife off Taiwan Taoyuan airport stairway, Chinese-American man shouts ‘Trump save me’ 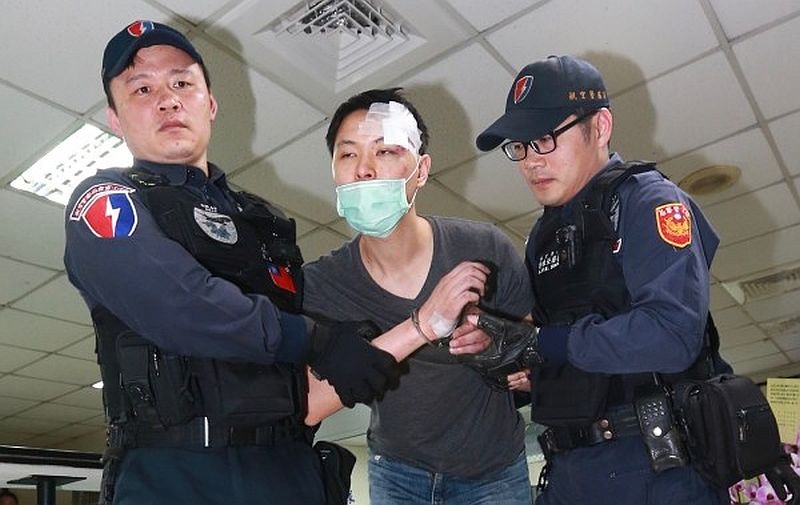 TAIPEI (Taiwan News) — After a Chinese-American man Wan (萬) was arrested for shoving his wife off the fourth-floor staircase in the Taiwan Taoyuan International Airport, he was overheard shouting “Trump save me,” according to Liberty Times.

Wan, 32, had previously been working as an actuary in the U.S. However, he lost his job and was unable to find new employment.

In February of this year, Wan took his Taiwanese-Canadian wife surnamed Chang (張), 33, and their child to Taiwan for the Lunar New Year holiday. Wan had originally planned to return to the U.S. in April.

On Sunday (March 17), Wan had an argument with Chang over his inability to find a job and their child’s living conditions. Wan then angrily stormed off toward the Taiwan Taoyuan International Airport and Chang was in hot pursuit.    [FULL  STORY]