Ian Rowen looks back on the 2014 Sunflower occupation and its lasting effects on Taiwan. 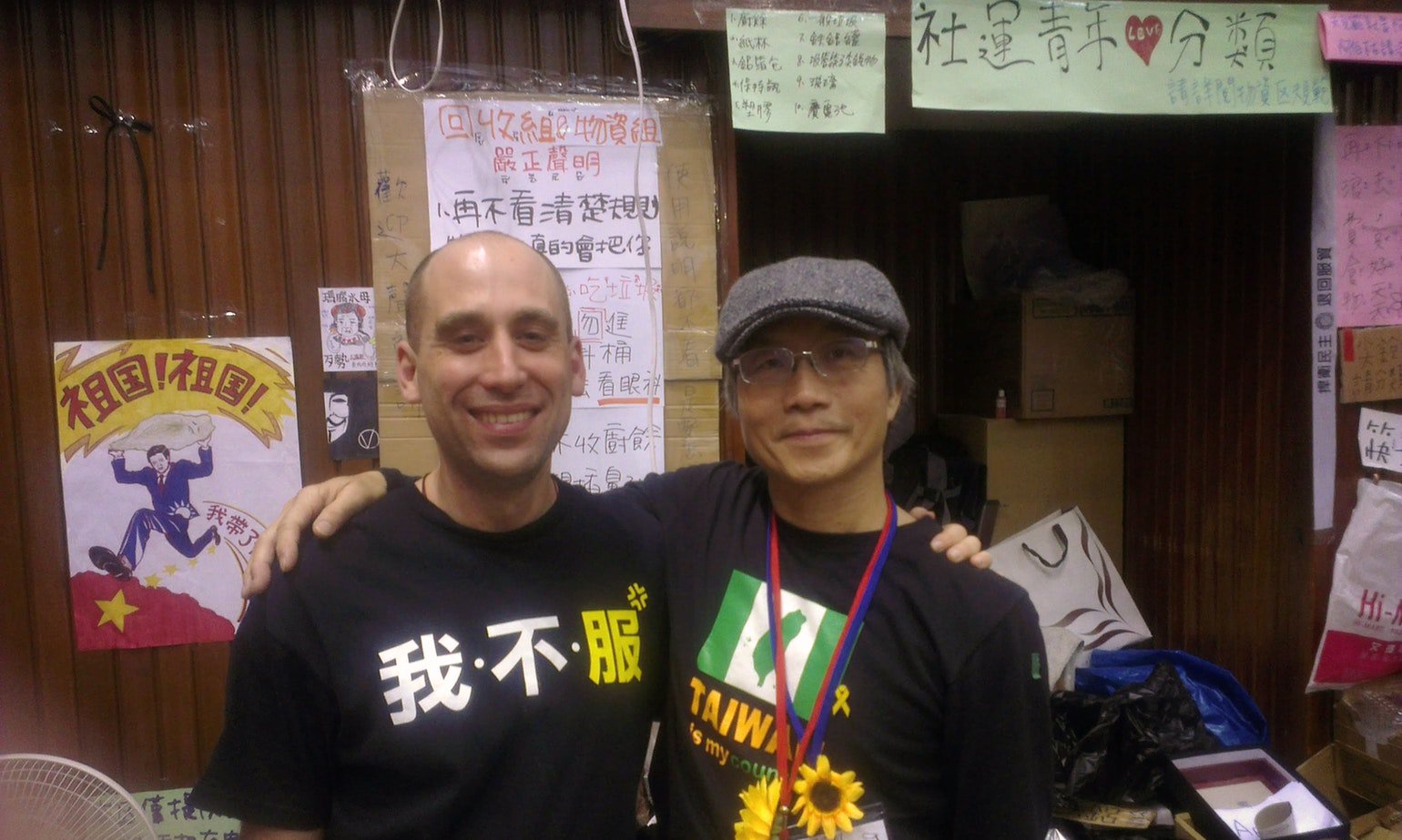 Readers who followed the Sunflower and Umbrella movements may well be familiar with the works of Dr. Ian Rowen (伊恩). At the time of the movements, he was affiliated at Academia Sinica, supported by a Fulbright fellowship to work on his PhD in Geography, which he completed at the University of Colorado Boulder in 2016. He was present at both protests, and wrote on them for media publications including The Guardian. He went on to publish academic papers based on his observations, although his initial involvement with the Sunflower Movement was not originally intended to be an academic endeavor.

Few people could be better placed to write on the region. Rowen, 39, was born in Alaska, grew up both there and Los Angeles, and has since spent most of his time somewhere in Asia. He first visited Asia as a 15-year-old obsessed with Balinese gamelan, and then went on a college junior year exchange to Hong Kong, he recalls, “on something of a whim, thinking I wanted to learn to to read Lao Tzu and Chuang Tzu in the original, and meanwhile see what post-handover Hong Kong was like.”

He followed this up by backpacking around Southeast Asia, passed Y2K at Angkor Wat, and the following summer visited Taiwan for the first time before backpacking from Xi’an to Xinjiang and then to the Tibetan Plateau. Soon after graduating college, he moved to Taiwan to study Chinese and later work in media before moving to China, where he was a Visiting Scholar at Fudan University in Shanghai. This was followed by a stint in the Philippines, then graduate school in Colorado, then back to Taiwan for his aforementioned postdoc. Over the course of his rather illustrious career, he’s worked as a translator, journalist, musician, tour guide, hotelier and entrepreneur.

Currently the Assistant Professor of Geography and Urban Planning in the School of Social Sciences at Nanyang Technological University, Singapore, a position he has held since 2017, Rowen’s broad interests and skills – he’s also the Meta-Regional Representative for Burning Man and a fellow of the World Economic Forum (WEF) – are reflected his cross-appointments to the School of Art, Design, and Media, and the S. Rajaratnam School of International Studies.    [FULL  STORY]