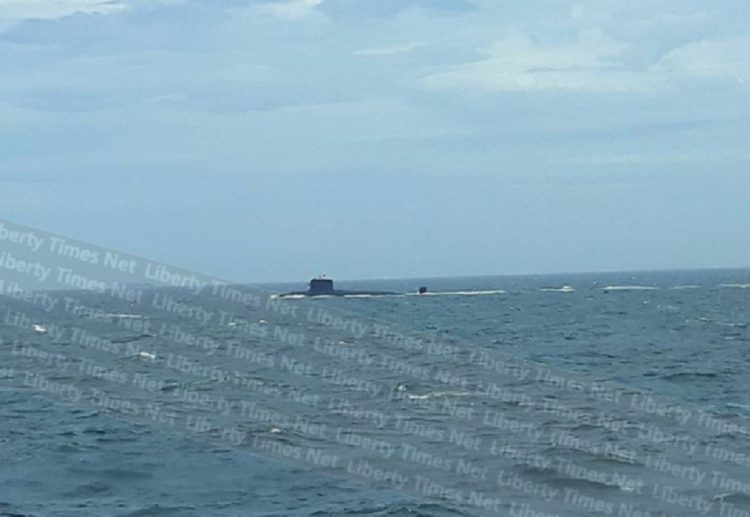 A nuclear-powered submarine of the People’s Liberation Army (PLA) Navy, suspected Shang-class nuclear attack submarine, has been spotted by the Taima Star ferry during a routine passage from the Matsu Islands to Keelung.

Passengers and crew of the Taima Star ferry said the submarine rose to the surface, and that it was moving north toward China.

The submarine was seen at around 1:15 p.m. on Thursday (July 4). The first sailor onboard the Taima Star ferry to catch a glimpse of the sub said he thought his eyes were playing tricks on him, reports the Liberty Times (LTN).

The nationality of the submarine was not clearly marked, but it was later confirmed as being of Chinese origin. It was moving in a northeasterly direction, heading toward China’s Zhejiang Province, says the news agency.    [FULL  STORY]