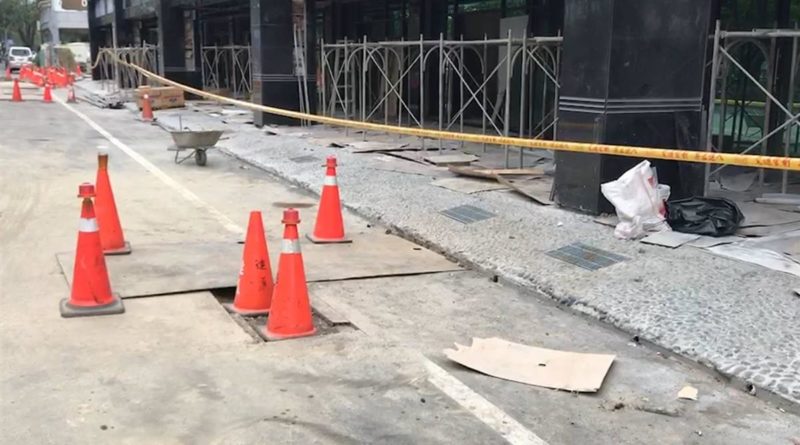 A construction site foreman and four workers have been charged after police found that they had faked a traffic accident to cover-up a fatal industrial accident.

Police in Pingtung County’s Neipu Township received a report about a scooter accident outside the construction site at around 10:00am, Thursday, March 14. However, when officers arrived at the scene, the “scooter rider” had already been taken to hospital in the construction site foreman’s car.

A damaged scooter lay beside a utility pole.

The foreman, Mr Huang, 40, told staff at the hospital that the 19-year-old construction worker, named Guo, had been involved in a traffic accident. Guo had lost vital signs before he reached the hospital and was declared dead after arrival.    [FULL  STORY]