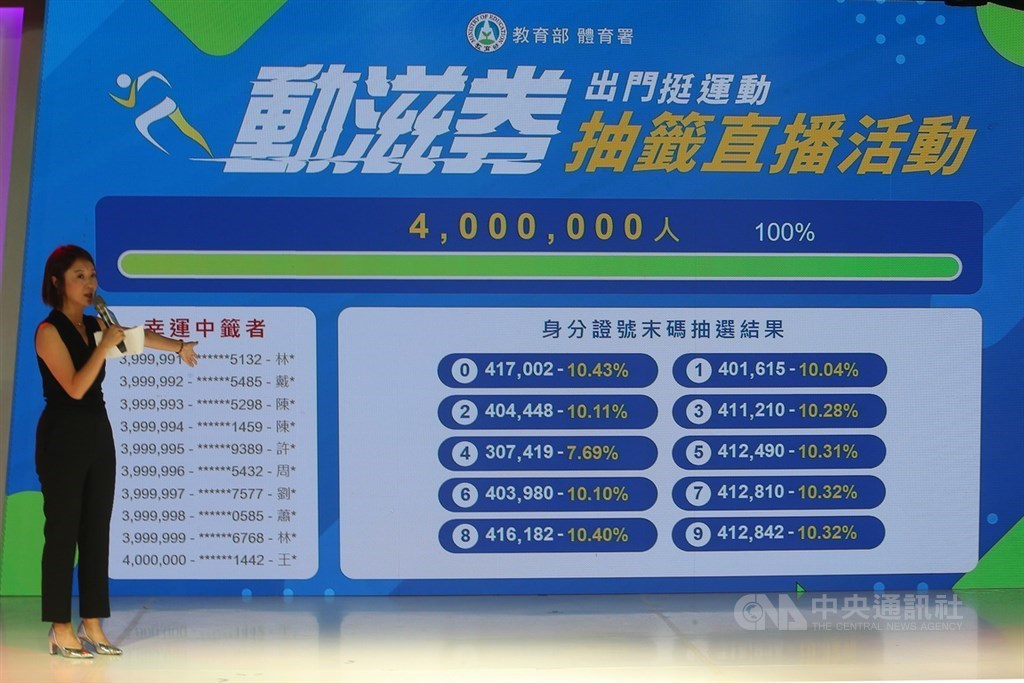 Taipei, July 28 (CNA) Four million people in Taiwan on Tuesday won NT$500 (US$17.07) vouchers towards sports related spending, after a live draw from a total of 6.98 million entries, according to the Sports Administration.

The voucher program, which was open to Taiwan citizens and their foreign spouses, received 6.98 million valid entries during the July 20-26 registration period, giving participants a 57 percent chance of winning, the agency said.

Each athlete threw two darts at a revolving dartboard numbered 01-20. The resulting 16-digit sequence was then plugged into a computer algorithm to randomly generate the winners based on participants' national identification card numbers.    [FULL  STORY]