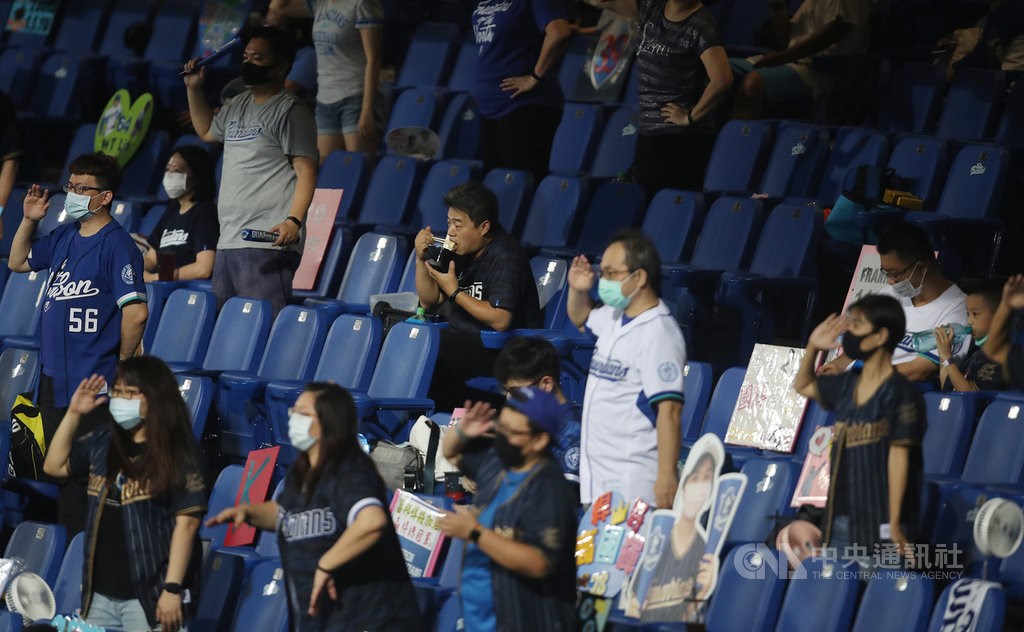 In the Fubon Guardians’ home stadium in New Taipei

Taipei, May 15 (CNA) Some 1,720 fans flocked to a baseball game played in New Taipei on Friday, one day after Taiwan's professional baseball league began relaxing its restrictions by allowing more fans into stadiums and letting them eat and drink while watching the games.

The match was between the Fubon Guardians and Rakuten Monkeys at Xinzhuang Baseball Stadium in the northern Taiwan city.

All of the infield seats were sold out, Fubon Guardians deputy manager Chen Chao-ju (陳昭如) said, explaining that the lifting of food restrictions at stadiums had helped boost audience turnout.