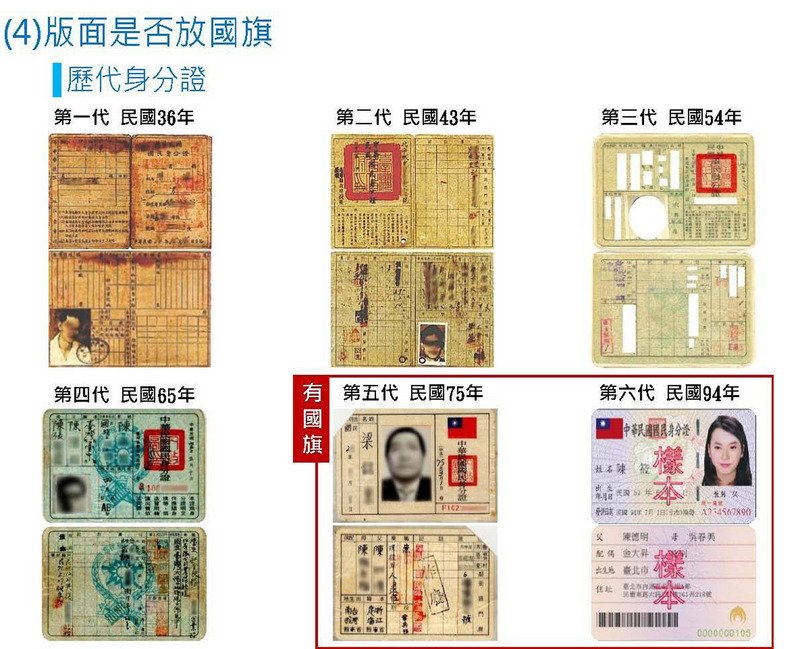 Old and existing ID cards (Photo by the Interior Ministry)

Interior Minister Hsu Kuo-yung says there is no need to turn the design of Taiwan’s new electronic ID cards into a political issue. Hsu was speaking Tuesday at a press conference.

The interior ministry plans to replace existing national ID cards with new card redesigned to protect personal information. However, some say the new design has political motives because it’s likely that it will not feature Taiwan’s national flag.

Hsu said many countries do not put their flag on their national ID cards. He said these countries include China and Japan.

Hsu also said that the national flag didn’t appear on Taiwanese ID cards until 1986, when the government rolled out fifth-generation of cards for citizens.    [FULL  STORY]