EXPECTATION VS REALITY: Groups called on the agency to follow WHO standards for PM2.5, but Hsieh Ping-hui said that its current goal is proving hard enough to reach 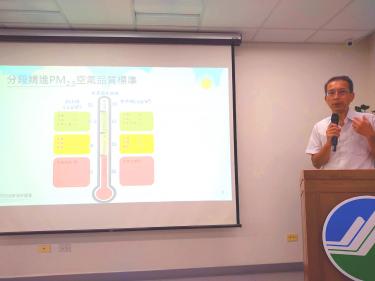 concentration standards for several air pollutants, saying it did not change those governing PM2.5 — particulate matter measuring 2.5 micrometers or smaller — because of feasibility concerns.

The agency in May announced draft amendments to the Standards of Air Quality (空氣品質標準) and held three public hearings in Kaohsiung, Taipei and Taichung to gather opinions.