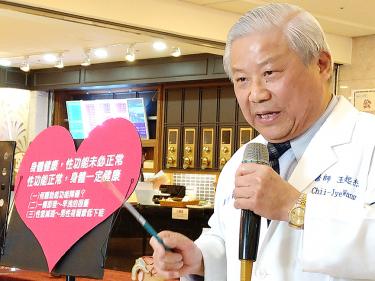 Excessive consumption of fatty and calorific foods by men in that age group has resulted in higher obesity rates, which is correlated to erectile dysfunction, the Kaohsiung-based physician said on Thursday.

His department has treated patients as young as 17 for the problem, which is usually associated with older men, he said.

An overweight high-school student sought treatment after finding himself unable to perform, despite his and his girlfriend’s “best efforts,” Wang said.    [FULL  STORY]