‘NOT A SUBSTITUTE’? While the KMT praised Simon Chang for his political, business and academic experience, a DPP councilor said Han Kuo-yu has found a ‘babysitter’ 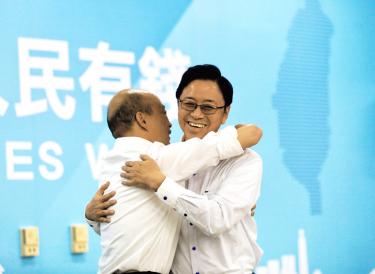 Han said that since his nomination in July to represent the party, Chang has always been at the top of his list for vice president.

“The choice was not simply based on whether he would help attract more votes, but how he could share the work of running the nation,” Han told a news conference in Kaohsiung.