NO SMOKING: Wednesday next week is World Chronic Obstructive Pulmonary Disease Day, a disorder that killed 3 million people last year across the globe 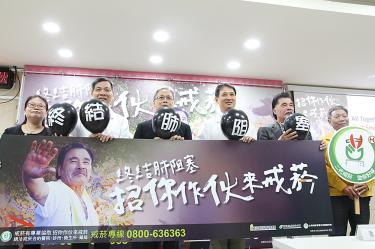 coughing, wheezing and excess mucus, as a WHO report shows that chronic obstructive pulmonary disease (COPD) was the third-most common cause of death last year.

According to the report, COPD claims more than 3 million lives around the world each year.

The HPA added that chronic lower respiratory disease is the seventh-most common cause of death in Taiwan, claiming more than 6,000 lives each year, among which more than 5,000 were from COPD.

Smoking is a major risk factor for COPD, and a study suggests that the risk of COPD in smokers increases six-fold when compared with non-smokers. The risk increases with prolonged smoking durations, it said.    [FULL  STORY]