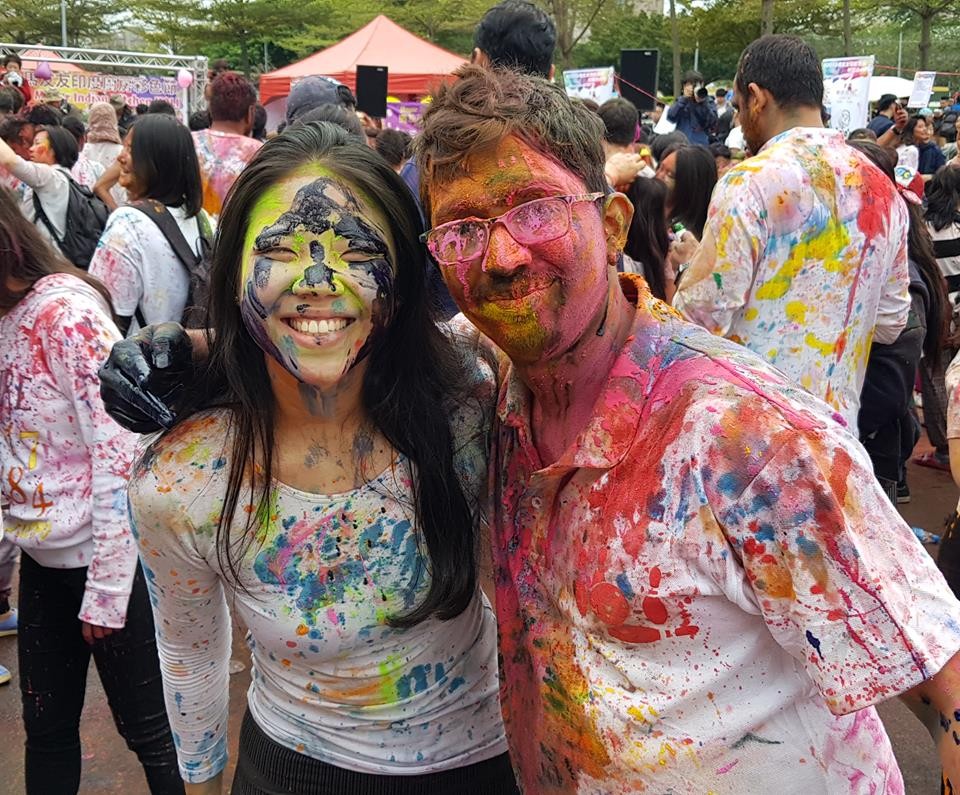 The festival, which was hosted by Mayur Indian Kitchen in coordination with Taiwan’s Indians’ Club (TIC), was held at the Huashan 1914 Creative Park in Taipei’s Zhongzheng District, from 11:00 a.m. to 4:00 p.m and featured 40 plus performers.

The Holi festival is well-known as a “festival of colors” where participants throw colored dye and powder at one another. At Saturday’s festival, organizers provided dye mixed with water, which hundreds of participants eagerly splashed on each other.

Soon, a vibrant rainbow of colors spread to the clothing and faces of revelers as they gyrated to the music. In addition to the “festival of colors,” there were DJ’s playing popular Indian music, professional Bollywood dancers, a live Western band Mojo Music, and a wide array of food stalls which served delicious traditional Indian cuisine.
[FULL  STORY]