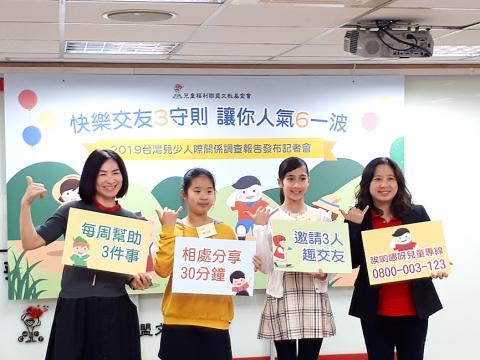 relationships, while more than 10 percent say they are unpopular in the classroom, the Child Welfare League Foundation said yesterday.

Its survey, which asked 11 and 12-year-olds questions about interpersonal relationships, found that respondents on average had 10 good friends and two peers they dislike in class, the foundation said.

A total of 69.7 percent of respondents said they have friends whom they often play with between classes, while 64.1 percent said their friends would comfort them when they are sad, the foundation said.

However, 14.5 percent of respondents said more classmates disliked than liked them, while 18.6 percent said that they have a difficult time finding classmates willing team up with them for group assignments and 10.9 percent said they were often bullied and mocked at school.    [FULL  STORY]