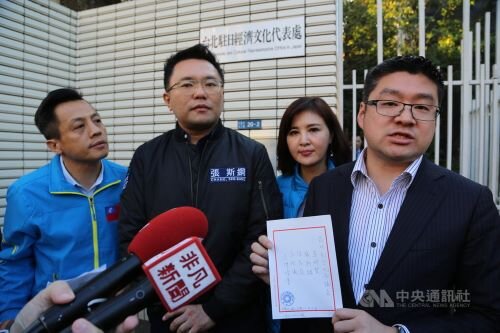 The staffer is accused of paying an Internet troll to insult Taiwan's representative office in Osaka, an illegal act that might have contributed to the 2018 suicide of the office chief.

Staging a protest outside Taiwan's representative office in Tokyo, where Hsieh is posted, the four councilors said the accused, Slow Yang (楊蕙如), has been closely associated with Hsieh for several years.

They asked to meet Hsieh in person and called on the envoy to explain if he was behind Yang's action.    [FULL  STORY]