RADIO INTERVIEW: Choosing the Kaohsiung mayor as its presidential candidate was like asking someone who has never flown a plane to pilot an aircraft, the PFP leader said 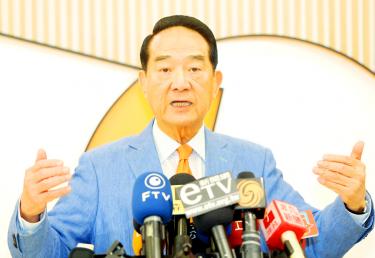 “[Kaohsiung Mayor] Han [Kuo-yu (韓國瑜)] has neither the qualities nor the administrative experience to win the election,” Soong told political commentator Lan Hsuan (蘭萱) on her morning radio talk show.

The public should not trust their lives or the nation’s future to Han, he said.    [FULL  STORY]