STANDINGS: The Uni-President Lions’ victory pushed the CTBC Brothers to first place after they won their third straight game, beating the Fubon Guardians 6-3 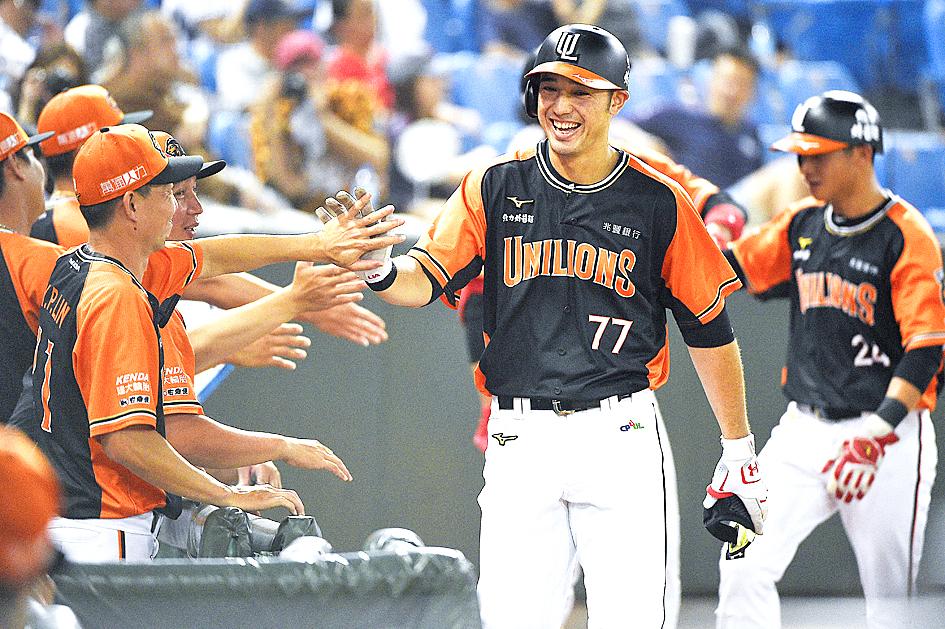 The big bats of the Uni-President Lions were on fire in the CPBL yesterday as they crushed the Rakuten Monkeys 21-5 in Taoyuan, with outfielder Lin An-ko driving in seven runs on five hits and two homers.

The result enabled the CTBC Brothers to take the No. 1 spot after they beat the Fubon Guardians 6-3.

It was a highlight reel for the Taiwanese-Argentinian star Lin, who drilled two homers amid a heated home-run race between himself, now on 16 for the season, and Lions teammate Su Chih-chieh, who is on 18.0

Lin performed outstandingly, collecting five hits at six at-bats to drive in seven runs and scoring three himself. He is the season RBI leader with 58.    [FULL  STORY]