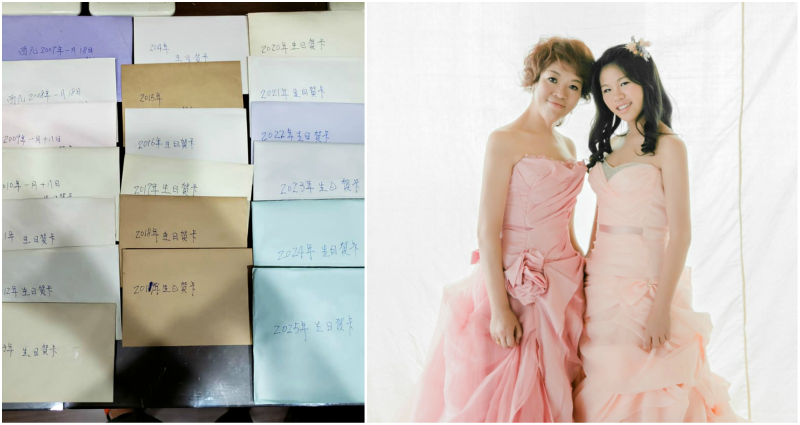 A Taiwanese man who succumbed to liver cancer in 2006 is posthumously touching people’s hearts as advanced birthday letters for his young daughter emerged on Facebook earlier this week.

The man penned the letters for his child from when she was 2 in 2007 until she turns 20 in 2025, according to the daughter’s mother, Bella Chu.

Chu and her daughter in 2016. Image via Facebook / Bella Chu

Their daughter, who was born in January 2005, is now in her third year of junior high school.

Despite feeling weak, her father wrote all 19 letters in May 2006, the month before he died.

Convinced that their daughter was too young to understand the letters, Chu kept them to herself until now, when she finally returns them to their rightful owner.    [FULL  STORY]