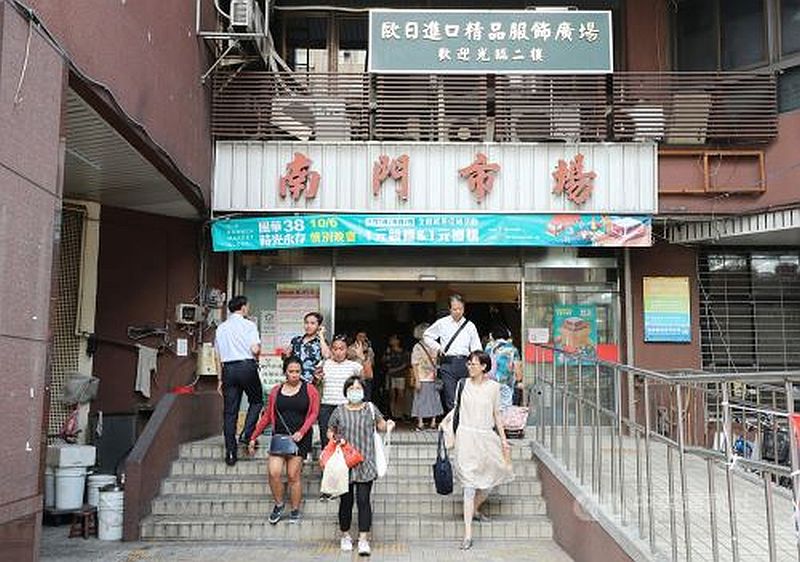 Taipei, Oct. 6 (CNA) Taipei's Nanmen Market, one of the best known markets in Taiwan for traditional Chinese foods and ingredients, was crowded with shoppers on the last day it was open Sunday before being torn down and rebuilt over the next three years.

The city government-owned market, located on Roosevelt Road not far from the Chiang Kai-shek Memorial Hall, will close Monday, and its 250-plus tenants will move to a temporary market in the neighborhood to continue to do business.

The old building, which the market has called home for 38 years, will be torn down and replaced with a modern 12-floor structure that is connected to the Taipei's subway system's CKS Memorial Hall Station through its B1 and B2 floors.

It is scheduled to be completed in 2022.

Taipei authorities said the popular traditional market had to be rebuilt because the concrete used in the building was found to contain sea sand and the structure failed to meet modern earthquake-resistance standards during a safety evaluation in 2013.    [FULL  STORY]