With the Taiwan Series to begin on Saturday, first-half winners the Lamigo Monkeys are to enjoy a 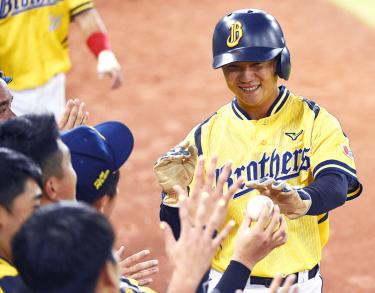 The Brothers had a string of wins down the final stretch last week, winning three out of four games, to clinch the second-half title and a post-season berth.

For the best-of-seven Taiwan Series, the Monkeys are to host the Brothers at the Taoyuan International Stadium for Game 1 on Saturday and Game 2 on Sunday, both with a 5pm start, the officials said.

The Fubon Guardians had a slim chance of grabbing a post-season berth before they lost to the Brothers 3-8 on Tuesday last week. They were eliminated as contenders when the Monkeys thrashed the Brothers 15-4 on Thursday.    [FULL  STORY]