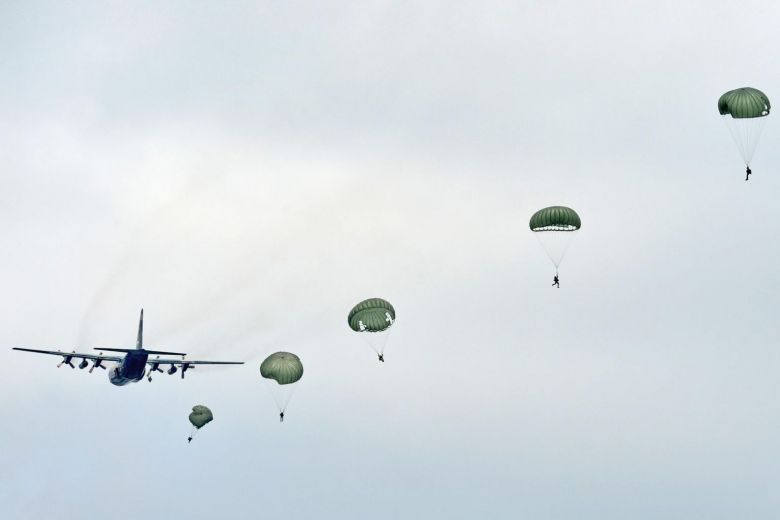 In a photo taken on May 14, 2013, a string of parachutes blooms behind a C-130 Hercules. Defence Minister Ng Eng Hen said the SAF conducts about 6,000 static-line parachute jumps every year.PHOTO: ST FILE

SINGAPORE – The Singapore Armed Forces (SAF) full-time national serviceman who was injured in a parachute incident in Taiwan is back home.

The Ministry of Defence said that Private Joshua Quek Shou Jie, 21, arrived in Singapore on Thusday (Jan 16) evening and was taken to a hospital.

He was flown back in a Republic of Singapore Air Force A330 Multi-Role Tanker Transport configured for aeromedical evacuation after doctors assessed his condition was stable enough for him to fly.

Mindef said Pte Quek was accompanied by a team of medical specialists from the SAF, comprising medical officers and military medical experts, who monitored his condition closely during the flight.    [FULL  STORY]