CRIME OF PASSION? A 30-year-old man has allegedly confessed to killing his live-in girlfriend and her twin boys after a fight last week, Taichung police said 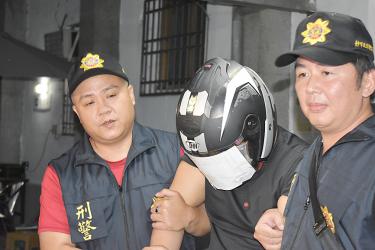 Police on Thursday discovered the three bodies at a studio apartment in the city and launched a manhunt for the 30-year-old man, surnamed Chen (陳), after finding information possibly connecting him with the crime.