Prime Minister Rick Hou’s political party has said it will review Solomon Islands relations with Taiwan if elected, raising the possibility of a switch to China. 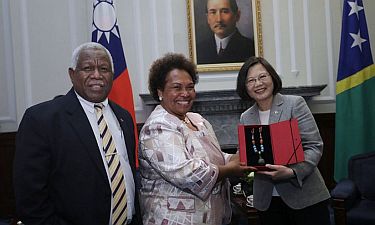