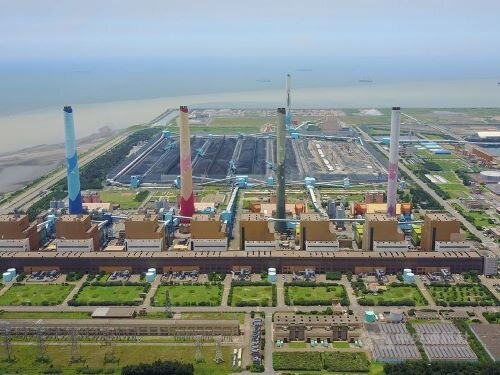 Taipei, Dec. 3 (CNA) The Taichung City government has imposed a fine of NT$3 million (US$98,300) on a power plant in the city for using more coal this year than allowed, Mayor Lu Shiow-yen (盧秀燕) said Tuesday.

The coal-fired Taichung Power Plant, one of the largest of its kind in the world, had consumed 11.08 million tonnes of coal as of Nov. 27, exceeding the annual limit of 11.04 million tonnes set by the city government, Lu said.

The plant, which is operated by the state-run Taiwan Power Co. (Taipower), must "make some improvements" within 10 days or face further consequences, including the revocation of one or two of its permits to run its 10 coal-fired generators, the mayor said.

In response, Taipower spokesman Hsu Tsao-hua (徐造華) said in a statement that he was at a loss to understand how the plant could make improvements since it had already exceeded the city government's limit for annual coal consumption.    [FULL  STORY]