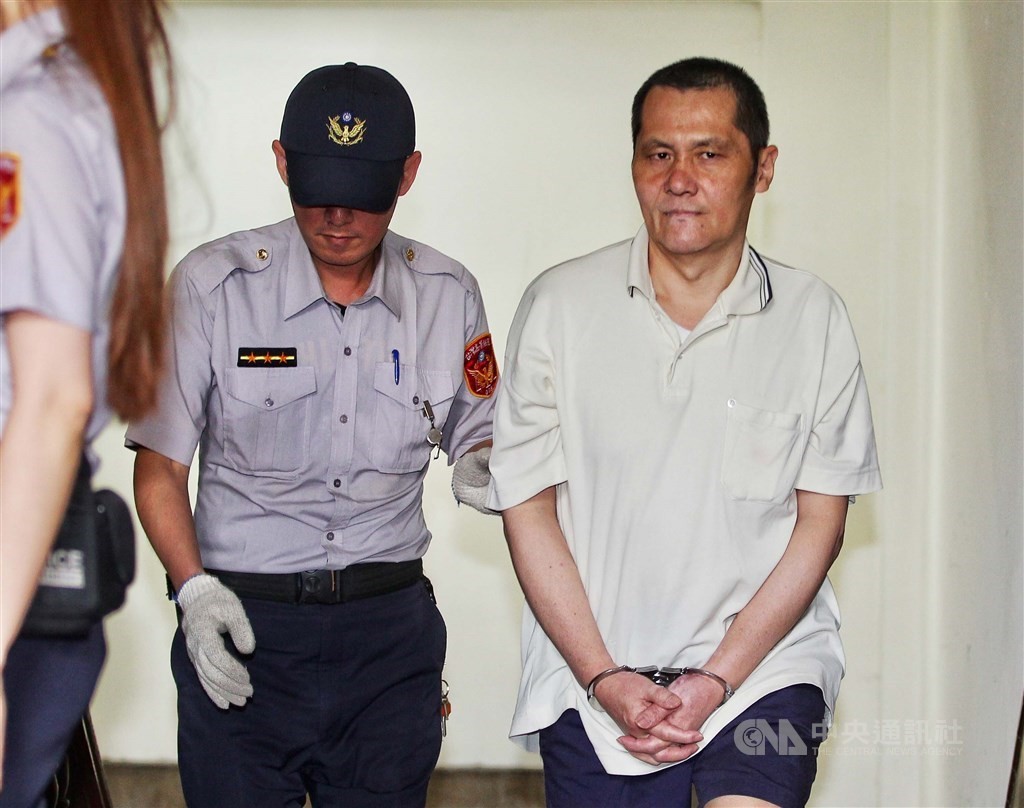 Weng Jen-hsien (right) during one of his earlier court appearances. (By Central News Agency)

TAIPEI (Taiwan News) – The Supreme Court on Wednesday (July 10) confirmed the death penalty against a man who committed arson on Lunar New Year’s Eve, killing six people including both his parents, and injuring four.

Weng Jen-hsien (翁仁賢) harbored a long-time grudge against his parents and brother, so he waited until a total of 16 relatives and friends had gathered to celebrate Lunar New Year’s Eve on February 7, 2016, at the family home in Longtan, Taoyuan City, before setting light to gasoline inside the house, the Central News Agency reported.

During the fire, six people perished, including both his parents and a nurse, and four more were left with injuries.

Both the district and the high court sentenced Weng to death, but the first time the case came in front of the Supreme Court, it sent it back to the high court, which once again ruled that the arsonist needed to be kept away from society for ever, confirming the death sentence.
[FULL  STORY]